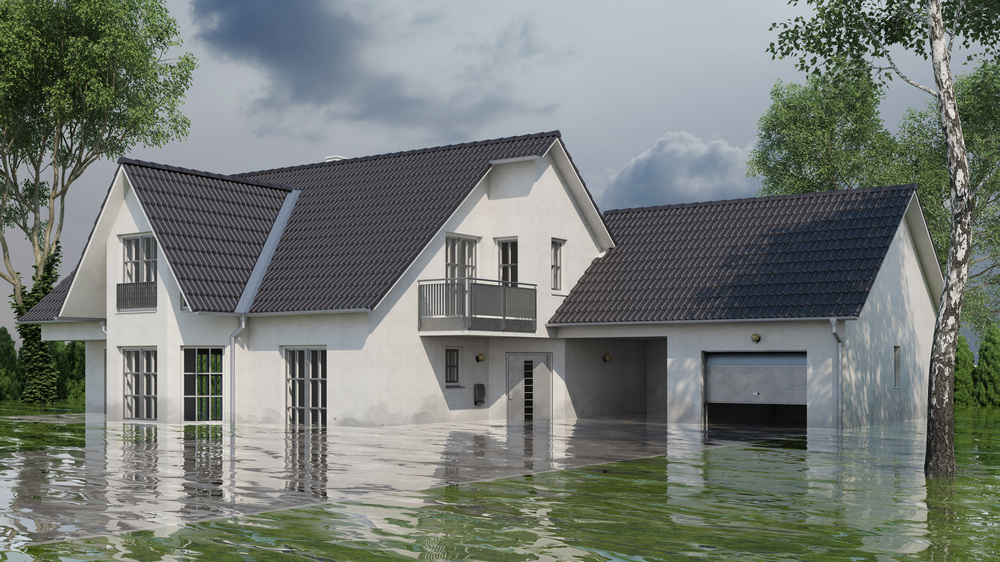 Water intrusion is the unwanted movement of water or vapor into areas of any building where it can then cause damage. As an example, a leak in your roof would be a definite instance of water intrusion, because it constitutes an encroachment of water into your house that is both unwanted and potentially damaging.

There are more subtle kinds of encroachment as well, such as the accumulation of water vapor and condensation in certain areas of the home. Although not as spectacular as a major plumbing leak, this could also cause damage to building materials used in the construction of your home. With the potential for damage and health issues resulting from fluid accumulation, it, therefore, becomes very important to identify and correct any intrusion issues that may be occurring anywhere throughout the building you live in.

There are several dangers associated with intrusion, and they can impact both the structure itself and the occupants of the building. When water is allowed to accumulate, it can lead to the development of toxic mold, and that can have a big impact on the health of people spending long periods of time in the home. It can also lead to issues with the quality of the air indoors, and this can worsen existing respiratory issues or cause new ones to develop.

Depending on the type of intrusion that has occurred, the imposition may cause significant damage to the building itself, to even the overall structure. When the structure becomes weakened by flood damage, it can compromise the entire framework of the building, and if this is not identified in time, it can even cause the entire structure to degrade. It is not uncommon for water-saturated wooden beams to lose all of their strength and collapse, thereby destroying the integrity of at least a section of the overall framework.

Some buildings are used to store high-value equipment such as office machinery or computer equipment, and if there is an intrusion that makes its way into that particular room of the building, some major damage can occur. In this case, there will be double the damage done, because the building itself will be weakened, and there is a strong likelihood that any valuable equipment will be damaged or destroyed as well.

How to Identify Moisture Problems

There are some telltale signs to look for when you’re trying to identify water encroachment in any building. One of the most obvious signs is a strong odor, indicative of mold or other bacteria that have been accumulating in places where liquid has made its way into the building. Apart from the smell, there are several visual indicators that can alert you to potential danger from water damage:

One of the most obvious is the buckling and loss of integrity of flooring in a particular spot of the house. Although there are other potential causes for this buckling, water intrusion is one of the most prominent, so if you notice your floor getting wobbly, you should immediately investigate the area for water intrusion. You may also see some kind of discoloration or staining in the floorboards or on the nearby walls, and this is another good indicator of intrusion.

It’s possible that some degree of bubbling may occur as a result of the encroachment, as well. Should you notice this, it should be investigated immediately. The delamination of floors that have been treated is another obvious sign of intrusion.

When you’re looking for causes of water intrusion, they can be extremely diverse in their particular characteristics but tend to fall into known categories due to the nature of building construction. As mentioned previously, leaks in your roofing system or your ceiling are one of the more common types of intrusion, and these are generally triggered by some kind of compromise in the roof itself.

A water line rupture or sewage backup is another very common cause of encroachment in many households, especially if those systems have been in place for quite a while. Fire sprinkler systems can also cause intrusions when they malfunction, and this can quickly cause significant damage to the ceiling of any room, as well as the room itself.

Moisture can also intrude into your dwelling from outside as it penetrates walls in your basement or possibly through the floor, and it doesn’t take much for a tiny imperfection to enlarge and let a substantial amount of flooding in. Finally, there are a number of natural weather causes that might quickly develop into major sources of water encroachment, such as the overflowing of nearby streams and rivers, snow melt-off, heavy rains, and localized flooding.

Why You Should Care About Waterproofing

It should be fairly obvious that water intrusion can be extremely detrimental to your household and to the people living in it. This is something that you should care about a great deal because proper preventative maintenance can help you prevent a lot of damage to your house and its contents. In cases where an office building has been subjected to intrusion, there is also the possibility that some kind of litigation could be initiated if the building was used to store valuable equipment. In any case, keeping your home or place of business free of water is ideal, and it’s one that everyone should be concerned about to some extent — even if you live in a fairly dry area.

If you have noticed any of the symptoms of encroachment in your place of business or household, you should contact the water intrusion specialists at Harper Brawner so that any unwanted water issues can be quickly identified and remediated. You can always expect the most cost-effective solution and the most professional handling of any water encroachment issue you might have when you engage the waterproofing services of Harper Brawner, so give us a call today at (817) 633-3334!